Nicolay and Phone dropped Nicolay's City Lights Vol. 2: Shibuya in electronic format today (physical copy release is next week). If you heard or have City Lights vol 1.5, you are probably like me; waiting for 2.0 to drop.

Well that day has come with electronic version available at both iTunes and Amazon.com, however if you are going to purchase the electronic version, buy it from Amazon, NOT iTunes... here's Phonte to explain why: 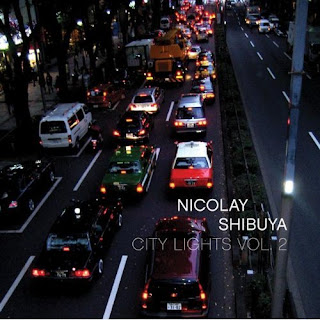 iTunes gets the Gas Face!

The digital version of 'City Lights Vol. 2: Shibuya' was released yesterday, exactly one week before the CD version drops on September 15. After an unusual but compelling request from Phonte and Nicolay not to purchase the digital album through iTunes (see: 'City Lights Vol. 2: Shibuya' and why NOT to buy it from iTunes', fans collectively took to Amazon.com, pushing 'Shibuya' into the site's MP3 Album Top 100 chart almost immediately. And it didn't stop there. At the time of writing, 'Shibuya' is the #1 album in Dance, and the #16 album overall! Not a small feat for an album released independently by the artists themselves, without any marketing budgets or other financial backing.

A heartfelt thank you to all of our supporters, past, present, and future. You are much appreciated!

Posted by Blog On Both Sides at 2:18 PM No comments:

Here's the latest entry from my favorite vblogger:

Hypocrisy at its greatest! LOL
Posted by Blog On Both Sides at 11:45 AM No comments:

Straight off the soon to be released Mick Boogie & Terry Urban present: LE DA SOUL - 20 Years Of De La Soul is this gem, Baby Phat '09. Skillz provides the lyrics, Colin Munroe takes care of the hook, and the production by Mick and Terry are on point with this tribute to the most underrated hip hop group, De La Soul.

This joint is hot... straight to the iPhone!

That sigh of relief you hear is Dirk Nowitzki after getting news that is crazy ass live-in kleptomaniac of a ex-girlfriend/fiancee WAS NOT pregnant with Dirk's child.

"As we suspected from the start, we did not believe that she was pregnant and now that has been confirmed," Hart said.

The test, ordered July 24 by Dallas family court Associate Judge Randall Grubbs, was administered in Missouri. Hart on Friday received the documentation confirming that Taylor is not pregnant.

Within two weeks of her May 6 arrest at Nowitzki's Dallas home, Taylor told The Dallas Morning News in a phone interview that she was "pregnant and alone and broke," insisting that Nowitzki was the father.

Below is video of Dirk's reaction to the news...

Talk about dodging a bullet! Let this be a lesson to all, WRAP IT UP B!!!!! Wear two if you are that unsure, and stick to the rules:

Rule #1: DO NOT STICK IT IN THE CRAZY!
Rule #2: If you ignore rule number 1, stick and move... any more than that is your own fault!!
Rule #3: See Rule Number 1!
Rule #4: Never ever date a chick named after an alcoholic beverage and/or automobile!
Rule #5: Do Not Let the Crazy Move In!!!
Posted by Blog On Both Sides at 8:27 AM No comments:

Mos Def's "Auditorium" On the Streets of Tokyo

KnightVision Vol 1: The Cool
from M Knight on Vimeo.

Blog On Both Sides